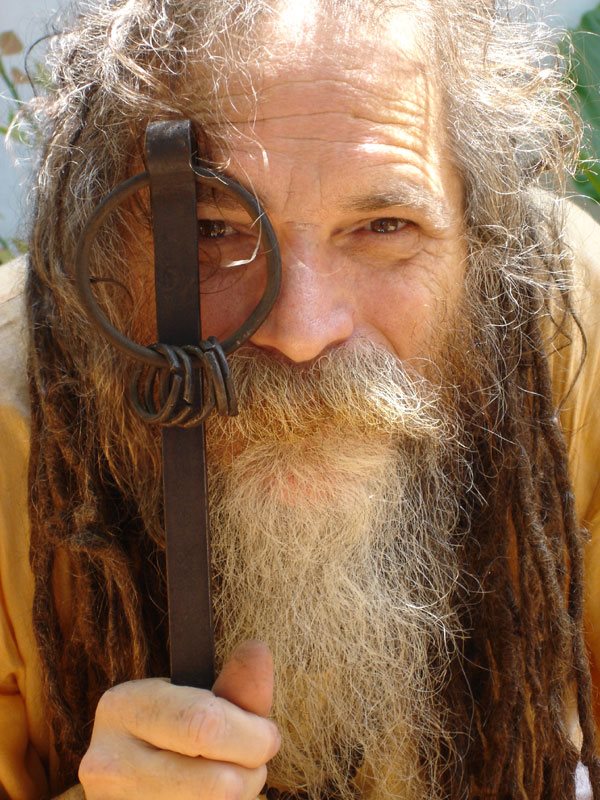 Goa Gil has a rich psychedelic history! Gil grew up in the middle of the San Francisco music scene of the 60s, and then left San Francisco to journey to India in September 1969.

Having been a musician all his life, and then doing intense Yogic practices with Gurus in the Himalayas, he tried to unite the two, Music and Yoga, into One Spirit befitting this Age. The result was the Music House, the Goa Full Moon parties, and his concept of “Redefining the Ancient Tribal Ritual for the 21st Century”. His focus is in using the party situation as a medium to uplift the consciousness of the participants through the Trance Dance Experience.

“Since the beginning of time mankind has used music and dance to commune with the Spirit of Nature and the Spirit of the Universe…We are using Trance Music and the Trance Dance Experience to set off a chain reaction in Consciousness…Through the Trance Dance Experience hopefully people will become more sensitive and aware of themselves, their surroundings, the crossroads of humanity, and the needs of the planet… with this Awareness comes Understanding and Compassion…THAT is the need of the hour, and the true Goa state of mind !!!”

He met Ariane in Goa in 1985. They have been together constantly ever since. Ariane’s keen interest in african djembe drumming and west African traditional dance & music has also had a big influence on the development and direction of Gil’s musical tastes and concepts.

Gil & Ariane’s current musical project is “The Nommos”, Ariane’s solo ethnoambientchill project is “Nimba”, and the goal of both projects is to combine futuristic psychedelia with the ancient rhythms, music, and Spirit of traditional cultures.

Gil & Ariane continue to travel all over the planet to bring to people the true goa feeling and spirit in the form of their marathon trance dance events. AND THE BEAT GOES ON….