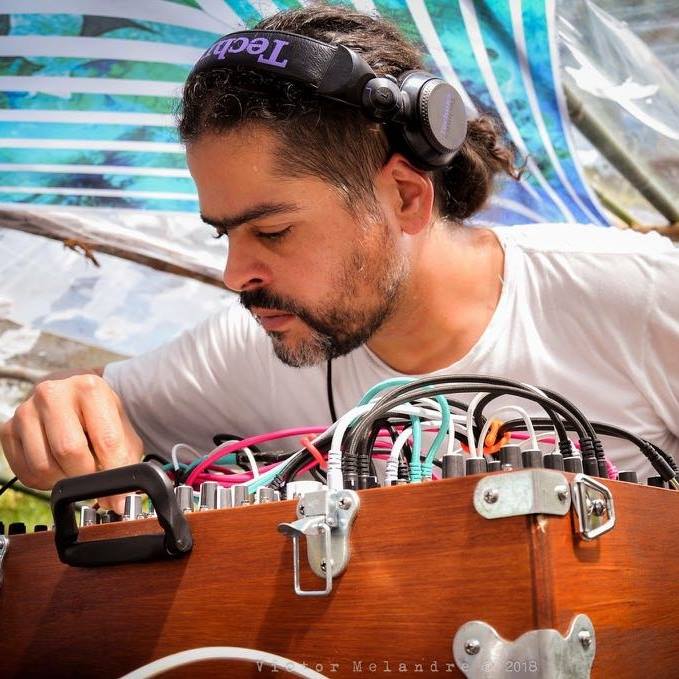 Marina Tavares – When was the first time that you listened to electronic music?

Patchbay – When I was 15, I already played guitar and had interest for Heavy Metal and Rock N’ Roll from the 70s. When I moved to England, at the time I got a fake ID saying I was 18, and since then my life changed, I had the first contact with the electronic scene, and until now I never stopped or got tired.

Marina Tavares – Where was your first electronic music party?

Patchbay – The first time that I listened to Psychedelic Trance was in 1997, and I immediately started to collect vinyls and CDs. The first party I went, where only played Psychedelic Trance, was in 1999, Frades river, next to Trancoso. It was a free party, they passed a hat to get money to buy diesel for the generator doesn’t stop, and played Shiva Yorg, GMS and Raja Ram, also the DJs Swarup, Mack, Shanti and Ekanta. There wasn’t structure, gateway, bathrooms, securities, anything, it was just the place, people and music.

Marina Tavares – Why did you decide to become a music producer?

Patchbay – I already was a musician since 12, I met Techno when I was 15, and had the opportunity to buy an electronic drummer, I started to produce with that, my sister’s keyboard, my guitar and the pedals I had, I recorded everything in K7 by a nacional mix table Stanerand with six channels. The first time that I saw a computer producing music was two years later, with Andre Santana (Stereographic Live) it was the Fruity Loops, and one year later, Ninad (Yage Live) showed me Logic 5 that was the platform that I used during the years. Nowadays, I test synthesizer for manufacturers, besides teach synthesis, audio and acoustic classes, and I have 2 new projects, Microdose and The Alkaloids.

Marina Tavares – Who are your musical inspirations?

Patchbay – The nature sounds, the heartbeat, the rhythm of life, the Indian music, the Psychedelic Rock, Dub and electronic music in all its history, and my 6 years old daughter that plays piano and synthesizes.

Marina Tavares – What are your 3 most favourite albums of all time?

Patchbay – Pink Floyd – The Dark Side of the Moon

Marina Tavares – Tell me a little bit about your new solo project Microdose.

Patchbay – Five years ago, I had a creative crise after the birth of my daughter, in this moment I had the support of Merv (Eat Static) that motivated me to keep going, playing my tracks in his sets, also convinced me to buy a row of modular synthesizes and get in this old/new paradigm, that brought me a horizon of possibilities, experimentations, textures and sonorous landscapes. With new possibilities came the necessity for more creative freedom and I decided to create a new project to be free in the experimentations and get a little bit more faster to the Forest/Dark style where I felt that the public is more opened to hear the unexpected, and the project has been very well receptived. I use the modular synths live on stage to create forms and sounds improvising aleatory founts of rhythms and melodies. I’m releasing an album on Omveda Records from India, and played live this year at Zuvuya Festival, that was amazing! The next gigs confirmed are Pulsar Festival and Modem Brazil. 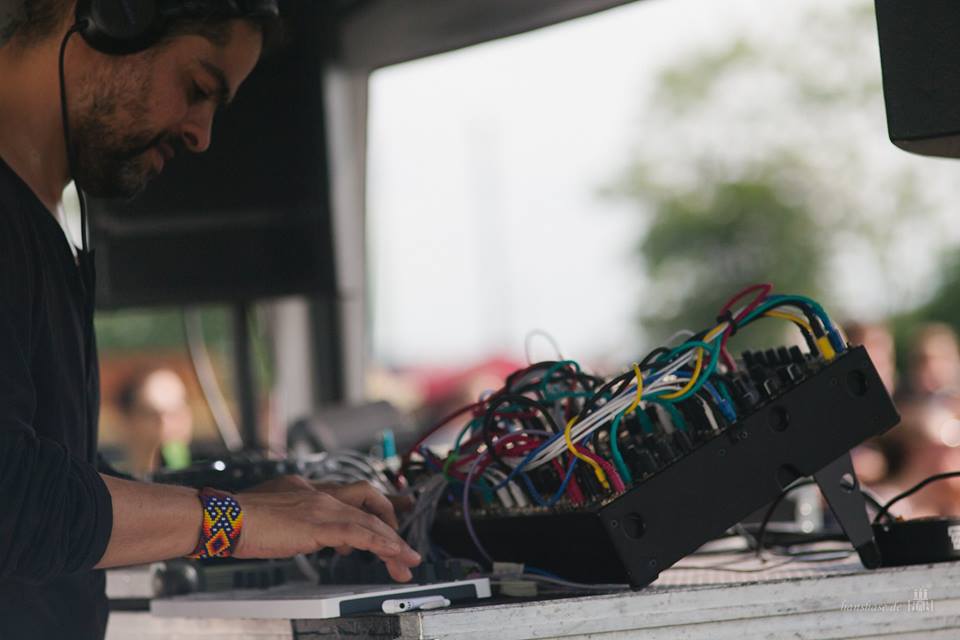 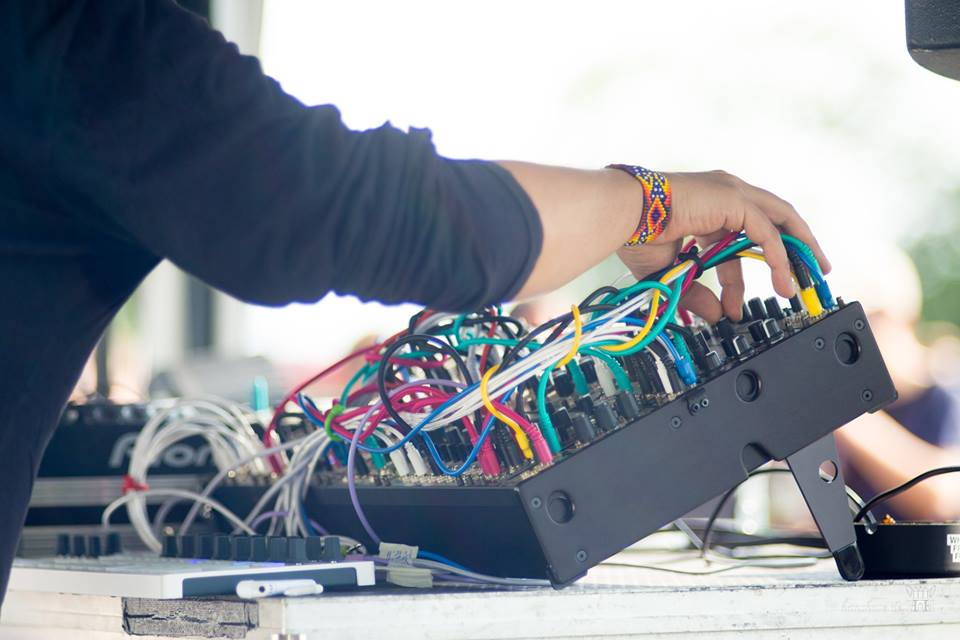 Patchbay – It comes from listen to a lot of music and explore new and old synths searching for new live sonorous creatures that wants to express to our ears.

Patchbay – It was in 2007, Patchbay live at Chappell of The Sacred Mirrors (Alex Grey’s Art Gallery), invited by Alex Grey and his wife Alison, to play inside the gallery to 800 people while they painted visions they had in Indian ceremonies in Peru, one month before.

Marina Tavares – If you could choose any place in the world to play, where would it be?

Patchbay – The Orbital Space Station could be considered “in the world”?

Marina Tavares – Let’s finish with a message to your fans.

Patchbay – Thank you for give mine natural compulsion to create music! Believe in your dreams, the world never changed by mass movements, it changed by small groups of people that believed in one idea.