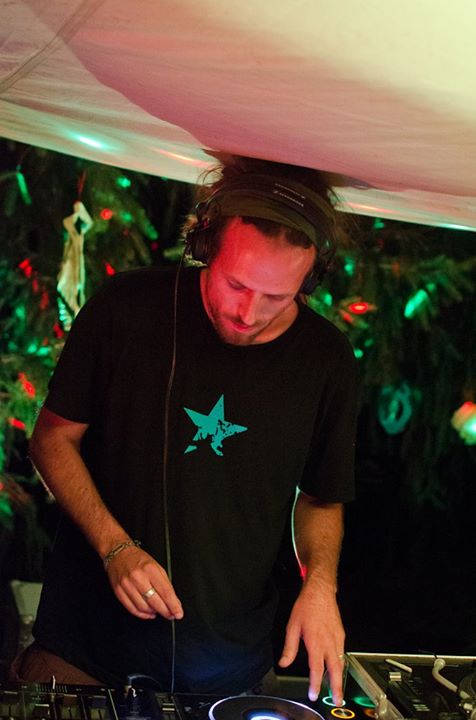 Astronom is a Dj and music artist from Marburg, Germany. He plays under the label Sangoma Records and is a familiy member of chaishop.com.

Jens alias Astronom entered the world of psychedelic music in 1996. With his growing interest for psychedelic music he soon developed decent Dj-skills and started playing at different parties. Astronom´s passion for psychedelic music has led him to a number of events on national and international scale. He loves to play fresh and powerful night music. His style is always very psycheldelic, dire and hypnotic but lighthearted though. His sets tell a story while reflecting different elements of Psytrance and Forrest, “darkish” segments as well as playful and lunatic sound textures.

Astronom loves to combine mystic elements with cheerful episodes and propulsive tracks. During the course of the years he worked for different labels such as the Indian/German label Rudraksch. In 2012, when the label Sangoma was founded, he became one of its first members and has been playing under it since then.

Astronom´s positive attitude towards life, as he says, is being reflected in his sets. Besides him being a DJ, Astronom has been the host for many regional parties and open airs, where he always tends to unite people of the psychedelic scene. His everlasting passion for the music and the vibes of psychedelic trance is and will always be his motor to try new things and projects related to the music he loves.

After ten years of dj-ing, Jens started working on his first life project “Bionic Specter” and got immediately infected by the joy of producing sound instead of just playing it. In 2011 he also founded the project “Constructor” together with his friend Henning aka Voidscream. The two of them produce some frisky, pulsating and demanding midnight sound between Forrest and Twilight. In 2013 they brought out their first album on F.A.M. Records.