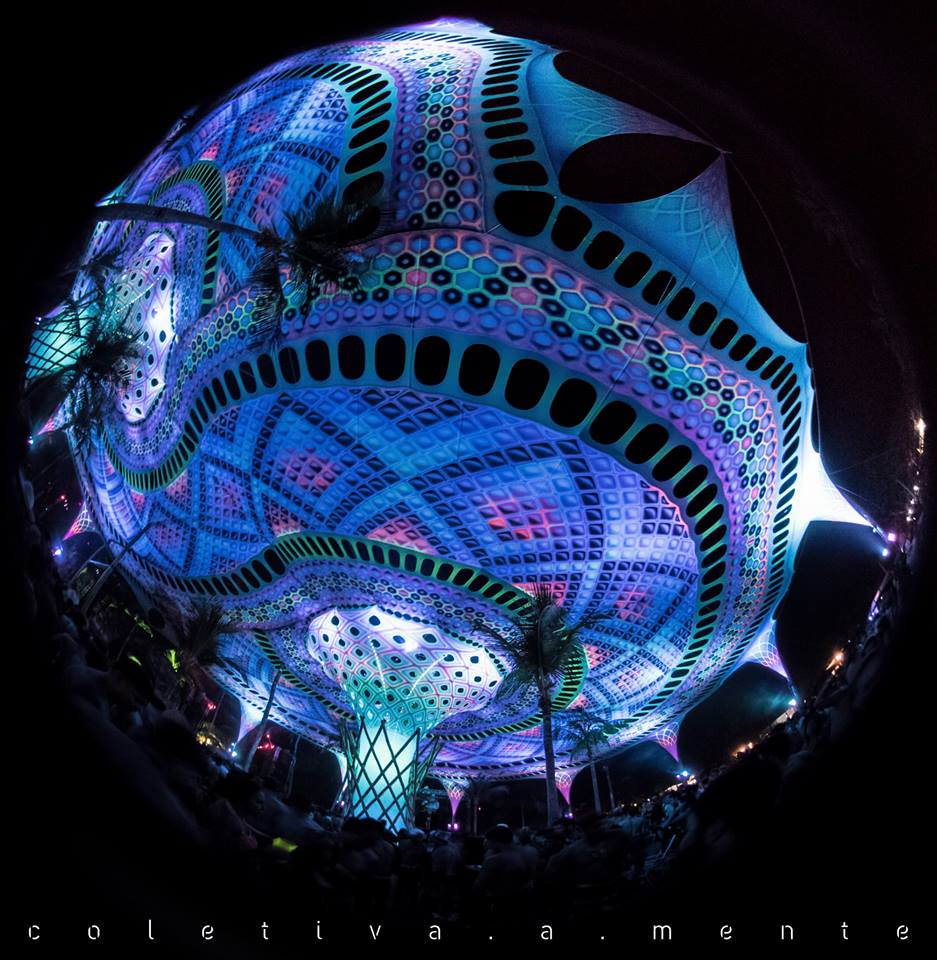 Universo Paralello is the best festival in Brazil and one of the biggest in the world! A festival made by diversity with people coming from the most exotic places, where mutual respect is the basic rule of coexistence to experience the most special and magical seven days of my life!

The name says it all, when we are in Universo Paralello, it seems we are in a different world; the energies are so strong that if you think in somebody who is also there, the person appears from nowhere in front of you… Or even that person you needed to find and didn’t even know it, appears in your life! Everything is flowing so well that it looks like a dream and the only hard thing is to say good bye to this alternative reality!

The festival of music, art and culture that reached its 14th edition is a meeting of many worlds, races and nationalities, a place created by collectively, becoming the best experience of my life!

There were 20.000 people, all with something in common, the love of music, uniting the most different cultures you can imagine… Respect is something mutual in the festival, if you managed to get out of there a person that says more often ‘please’, so the duty was fulfilled! More than just entertainment, the festival is an experience that changes your way of looking at others and the world.

The structure created to receive so many people from the four corners of the planet has the most varied food options, from the traditional Acarajé from Bahia to vegetarian pizza…

The camping on the beach becomes magical, especially at night, along with the sea breeze and the glow stars… Pratigi is a wonderful place and a festival on the beach has a totally different vibe! Listen to the music that makes my heart beat faster in my favorite place is the perfect formula for the most unforgettable end of year I’ve lived!

The six stages of the festival offer music to please the most different tastes… From Brazilian popular music to rap to good old Psychedelic Trance! Get ready for an incredible musical experience!

Music and spirit meet on this beautiful journey of a week, with places that emanate love and good energies like Circulou that showed the daily beauty through art! With dance lessons, Yoga, popular music presentation, healing circle, massage and more…

The Paralello Stage rocked with great names from Brazilian music, such as Gabriel, o Pensador, who invited Indians to join him on stage at the time he sang the classic: Cachimbo da Paz. There were also Lenine and Marcelo Bonfá, Pedra Branca project, besides great reggae bands.

The 303 Stage opening ceremony was played by none other than Goa Gil! It was amazing to see his energy for the very first time, always relentless; he is a great conductor in his 28 hours ritual! It was a memorable opening! In addition to its great location in front of the sea with that fresh breeze and incredible beauty, the stage had a starfish-shaped tent, plus big names like the masters Mad Maxx and Space Tribe… Also Brazilian talents like Fabio Leal, Alchemy Circle and Fako. And even more national projects like Twelve Sessions and Ancient Tribe.

The UP Club had a very special decoration, creating the stage that attracted the most attention in the festival! Artscape from South Africa have created the head of a giant Indian, also being considered the most beautiful stage of this edition! There were projects like Gabe, Minilogue, D-Nox & Beckers, Boris Brejcha, Guy J, Alok, Bhaskar, Swarup, Anderson Noise and DJ Mau Mau.

The Tortuga Stage had artists from the most varied styles like Edi Rock and Maomé from Cone Crew. The tent seen from above was shaped like a giant octopus! This stage also was a big surprise because of its beauty and creativity!

The Chill Out will always be a magical place! With its privileged location in front of the sea, there were magnificent sounds of projects like Kalya Scintilla, Bawayaka and Etnica in Dub.

Universo Paralello Festival is an experience that I will always carry with me throughout my life and where I created bonds of friendship that will never get lost in time… Always providing me a new year full of opportunities and new chances to live my dreams from the moment I start to believe in them and myself.

The purpose of the festival is that you get out of there a better human being and stop judging others and start to look at yourself. I will finish this experience with a quote by Carl Jung: “Who looks outside, dreams; who looks inside, awakes”.