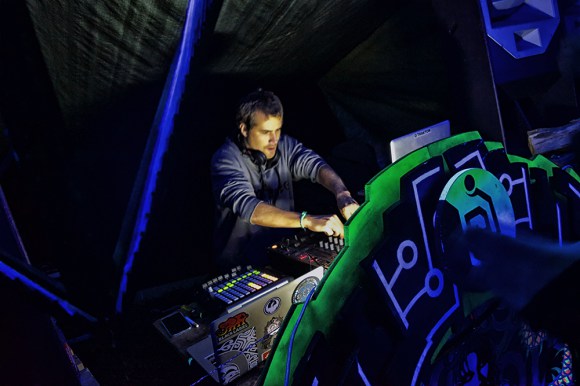 Axawaya is the psychedelic music project of Guillaume B. Raised in Lima (Peru) he got interested in music since he was ten and wanted to play guitar.

In 2010, he attended his first Psy music event in Switzerland and quickly started to play dj sets in parties. During the summer 2011 he felt in love with synthesizers and decided to make his own music. That’s how Axawaya was born.

Since then his sound has evolved. It can be described as: groovy, dark and light at the same time with touch of forest and we can also notice some Latino American folk backgrounds.