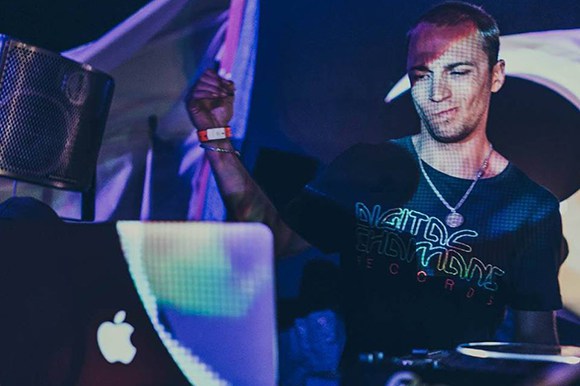 Founder of Digital Shamans Records, he has been mixing for 4 years on the swiss and international party scene.  His sets and his energy quickly put him at the forefront of the party scene and at young age he started to play with the best swiss and foreign artists around.

At the age of 23, he was an active member of Psynon Records and has played around France, England, Turkey, Croatia and Canada.  He has released his own compilation « Freaky Moon » in 2012 (200 copies, limited edition) and created the Freaky Moon Party crew in 2013.

He has played for great organizations such as Modem Festival, World People and Tantra Music.