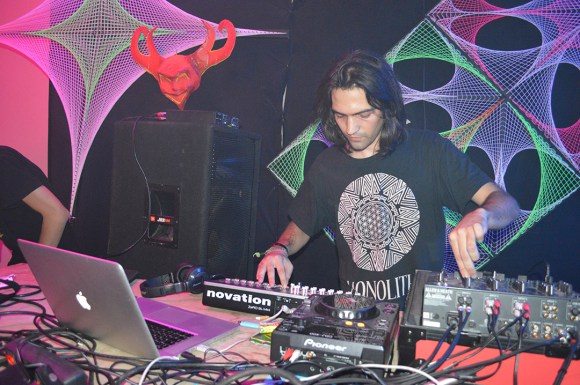 Niria is Jay Campbell, born in the UK and currently living in London. He started to experiment with his own compositions around 1998 and explored many different genres at first, ranging from grunge and jungle to IDM and dub reggae.

His psychedelic journey began in 2005, when he attended his first parties and festivals around the UK. With a steady growing passion for the sounds and culture behind the underground psychedelic movement, he went on to create his own sound, approaching music as a way to explore ideas and build his own stories. Niria’s style is versatile and he can play day-time Progressive as well as night-time Forest and Psychedelic. Having released on labels like Purple Hexagon Records, Bluehoursounds, Digital Shamans Records and Woo-Dog Recordings, his music is well known by international DJs who often include his tracks on their sets and Top 10 lists.

In the past few years, Niria has been invited to play at many parties and festivals around the UK and Europe, including France, Switzerland, Croatia, Spain, Germany, Greece, Italy, Turkey and The Netherlands.