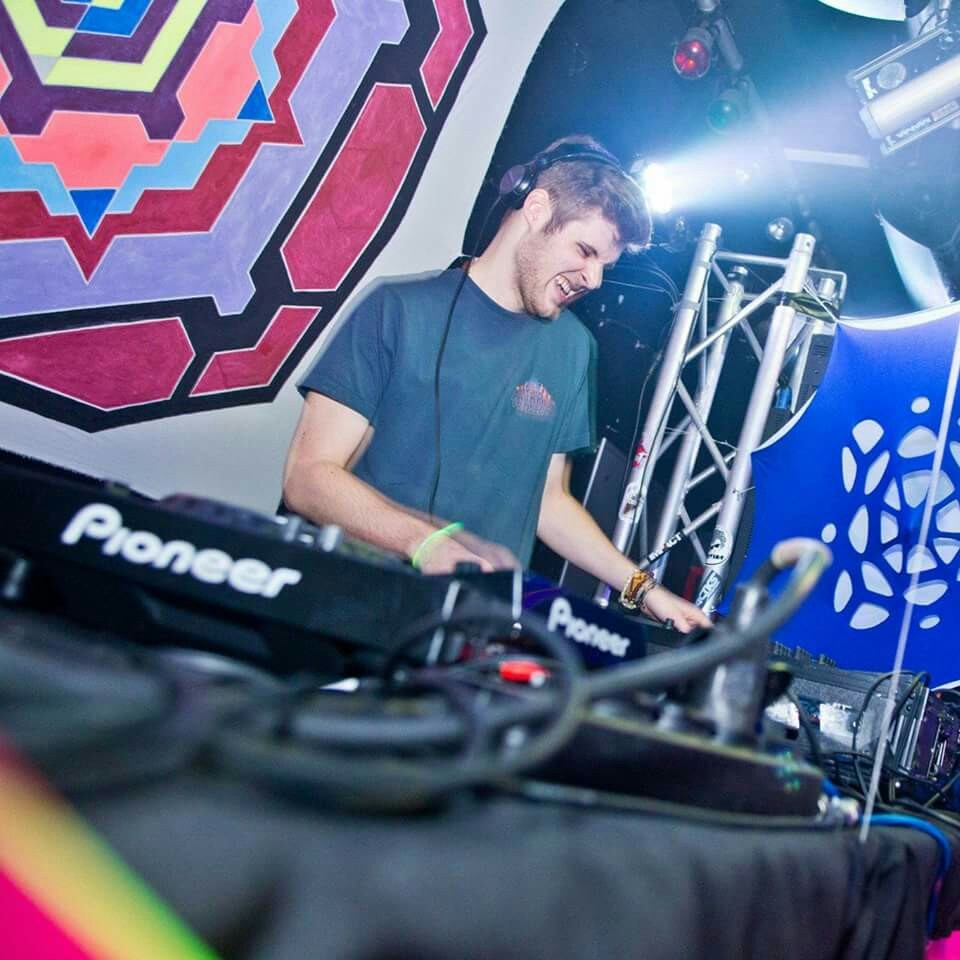 LX-D is well-known for his Psytrance sets in NRW, Germany.

His soundrange is between a melodic, progressive Psytrance (at around 142 bpm) and sounds, that you would rather find during the afternoon playtimes on a festival, with labels including Zero1 Music, Nano Records, Blacklite Records and 24/7 Records (at around 146bpm). Born in London, he came into touch with the Psychedelic Trance family at an early age and integrated into the scene over the years.

According to him, it is all about freedom, unity and equality. His aim is to unite the people on the floor and let every single person feel the sound he’s playing!  In each of his sets one might notice that one or another melody or tone from the far eastern tone scales is found, taking people back to the origin of this young genre.
Goa. His dedication lies within keeping up that „hippie-vibe“, because in a fast growing scene, it is important to save these values as it is not only about the music but also about connecting with others, necessary for a healthy, stable and vital scene!

In one sentence: A young, motivated dj who guides the listener through the worlds of Psychedelic Trance.
Boom Shankar