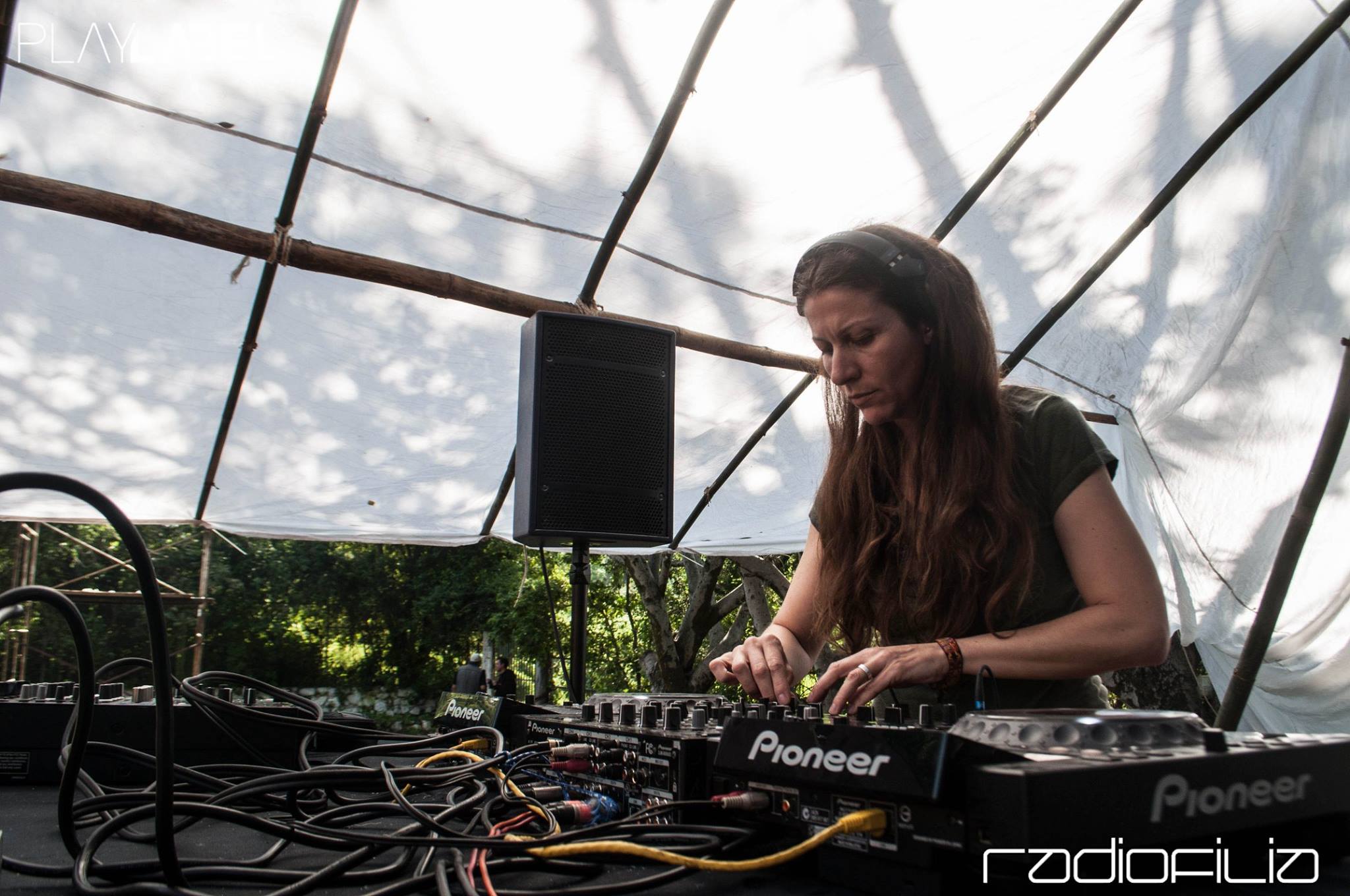 BACK TO MARS is a Psychedelic trance DJ playing different styles and BPM’s of Psytrance, from Progressive to Dark Psy and Forest.Born and bread in Brazil, this Brazilian with Italian roots has made the long step of moving to Europe many years ago.

Having first lived in England, where she graduated in Media Studies and Arts Management, she later moved to the ELF community in Holland in the late 90’s, where she got introduced to Psytrance.

Her first DJ performances were in 2001 at the legendary 9Lives of Hofmann parties in Amsterdam, which she also helped decorate with her dream catcher structures. Later, she went on to co-organize the Prog as a Frog and Cosmic Freak Show parties in Amsterdam. From this underground beginning, Back to Mars grew as an international DJ, playing in major festivals like O.Z.O.R.A. Festival, MoDem Festival (Momento Demento), Psy-Fi Festival, Boom Festival, Antaris Project, Universo Paralello, Sonica Festival, Indian Rhythm, Utopia Festival, Solstice Festival and more.

Musically her taste keeps mutating and evolving. Recently her favorite styles are Forest, Dark Psy and Dark Prog which she represents well via the labels she is connected to: Sangoma Records, Electric Power Pole Records and Indali Records. This diversity of musical styles created an eclectic DJ that can play from day time to power night music, from 125 to 152 BPM, or a combination of styles if she is making one of her classic transitional DJ sets.

Marcia is also part of the Amsterdam party organization Bom Voyage and she is also organizes the musical program for the Trance Orient Express of the Ruigoord and the Solstice Festival in Amsterdam. Under Marciana, she also has a side project where she plays Deep House, Tech House, Techno and Psychedelic Techno, having performed at the alternative stage of MoDem Festival. Beyond music she is also a writer, having written articles for The Trancer’s Guide to the Galaxy, Psytraveller, Thomas Cook Travel Magazine and promotional texts for Psytrance parties.